giving you the world.

All week, as you light your candles at home, join Jewish communities in Ukraine, Australia, Moldova, Romania, Israel, Bosnia and Herzegovina, Argentina, and India.

This Chanukah, journey with us around the world.

Get in the holiday spirit with our global Chanukah recipe book! 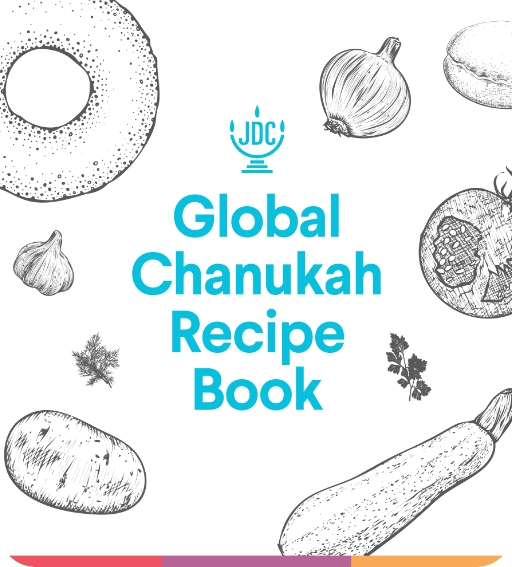 Bring a global taste of Chanukah to your home this holiday. 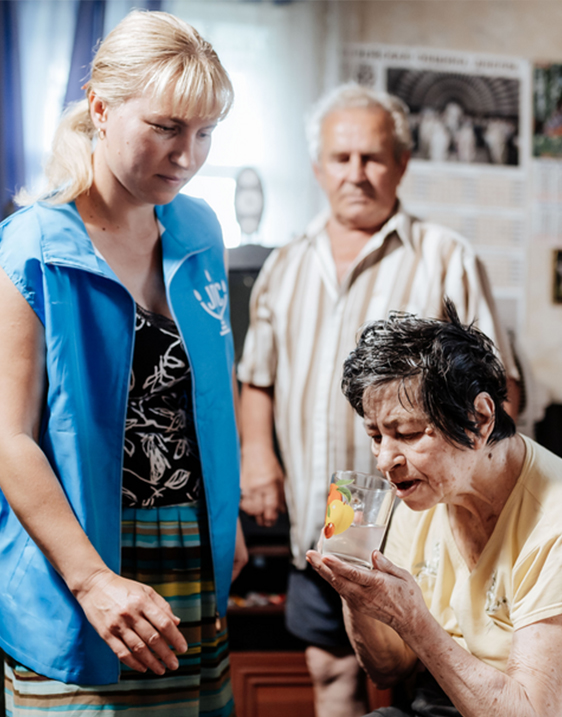 A Spotlight on Ukraine

Chanukah is about hope and the promise of a brighter future. Over the last 10 months, the ongoing Ukraine crisis has devastated hundreds of thousands of Ukraine’s Jews and their neighbors. That’s why we’ll mark the first night by coming together as a global Jewish family to focus on the current conflict and our continuous support for Ukraine’s Jews in their time of great need.

Our night’s program will include special guests and voices from Ukraine as we celebrate this community’s rich and inspiring culture through food, music, and much more.

Duff Goldman is a chef and artist known for his dazzling, creative approach to food and his awesome stories describing the simple science of baking. On the hit Food Network show Ace of Cakes Duff welcomed viewers into his innovative cake shop, Charm City Cakes, where his team of pastry chefs and artists create spectacular custom cakes. You can watch Duff mentor the next generation of bakers on Food Network’s Kids Baking Championship. He is also the lead judge on Holiday Baking Championship and Spring Baking Championship. On his new cooking show Ace of Taste Duff shows off his culinary skills as a classically trained chef with new twists on crowd-pleasing recipes for the whole family. His last cookbook, Super Good Baking for Kids, debuted on the NYT bestseller list and he will be following it up this holiday season with Super Good Cookies for Kids. You can now purchase cakes from Duff on Goldbelly and buy his baking kits online that he has created in partnership with Baketopia. Duff believes we can discover our inner creativity and celebrate with each other through the fun of baking! 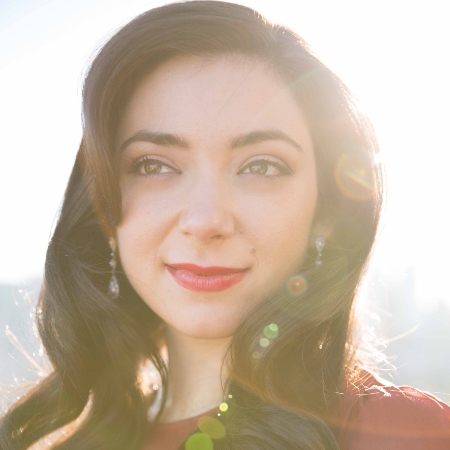 Star of Funny Girl on Broadway

Julie Benko is currently marching her band out in Funny Girl on Broadway, where she plays the role of Fanny Brice every Thursday. She has also appeared on Broadway and in the national touring companies of Fiddler on the Roof, Les Miserables, and Spring Awakening. She has released two albums: Introducing Julie Benko and, more recently, Hand in Hand (Club 44 Records), a duo collaboration with her jazz-pianist husband, Jason Yeager. For more information, visit her website at www.juliebenko.com, or follow her on Tiktok and Instagram @Jujujuliebee. 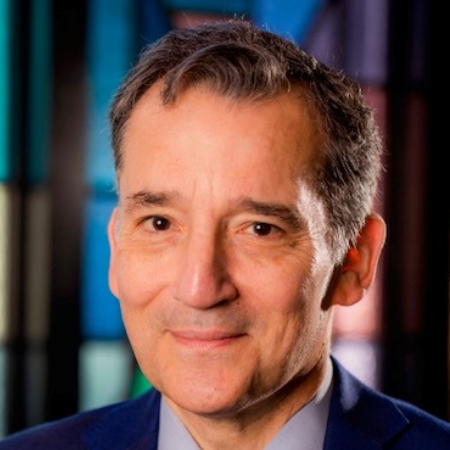 Named The Most Influential Rabbi in America by Newsweek and one of the 50 Most Influential Jews in the World by The Jerusalem Post, and twice named one of the 500 Most Influential People in Los Angeles by the Los Angeles Business Journal, David Wolpe is the Max Webb Senior Rabbi of Sinai Temple. Rabbi Wolpe previously taught at the Jewish Theological Seminary of America in New York, the American Jewish University in Los Angeles, Hunter College, and UCLA. A weekly columnist for the New York Jewish Week and weekly Torah columnist for the Jerusalem Post, Rabbi Wolpe has been published and profiled in The New York Times, Los Angeles Times, Washington Post, Time, Newsweek, The Atlantic and many more. He has been featured on The Today Show, Face the Nation, ABC This Morning, and CBS This Morning. In addition, Rabbi Wolpe has appeared prominently in series on PBS, A&E, History Channel, and Discovery Channel, and has engaged in widely watched public debates with Christopher Hitchens, Sam Harris, Richard Dawkins, Steven Pinker and many others about religion and its place in the world. Rabbi Wolpe, who has spoken in seminars, public and scholarly forums and scholar in residence appearances hundreds of times all over the world from Israel to India, is the author of eight books, including the national bestseller Making Loss Matter: Creating Meaning in Difficult Times (Riverhead). His new book is titled David, the Divided Heart (Yale U Press). It was a finalist for the National Jewish Book Awards, and has been optioned for a movie by Warner Bros.

Our program will feature special guests and voices from Ukraine as we celebrate the resilience and rich culture of this inspiring Jewish community.

Star of Funny Girl on Broadway

JDC — the American Jewish Joint Distribution Committee or “The Joint” — is the leading Jewish humanitarian organization, working in 70 countries to lift lives and strengthen communities. We rescue Jews in danger, provide aid to vulnerable Jews, develop innovative solutions to Israel’s most complex social challenges, cultivate a Jewish future, and lead the Jewish community’s response to crises. For over 100 years, our work has put the timeless Jewish value of mutual responsibility into action, making JDC essential to the survival of millions of people and the advancement of Jewish life across the globe. 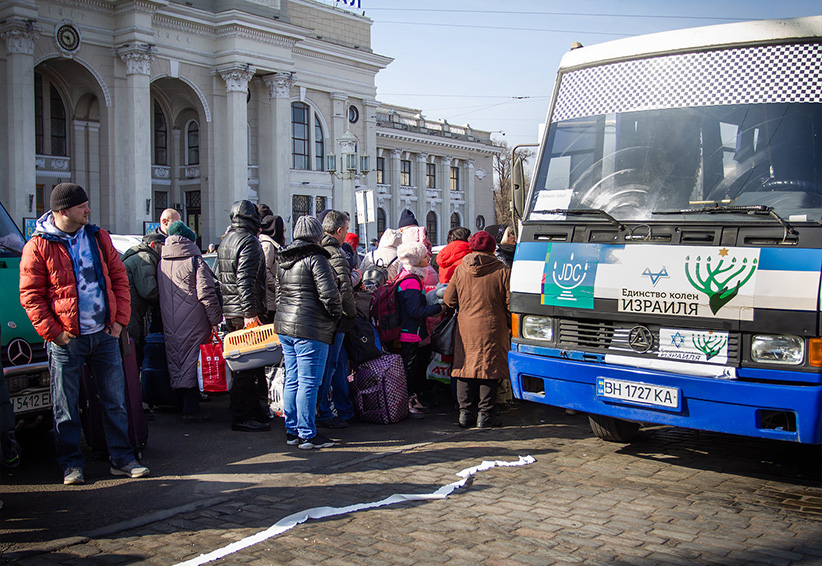 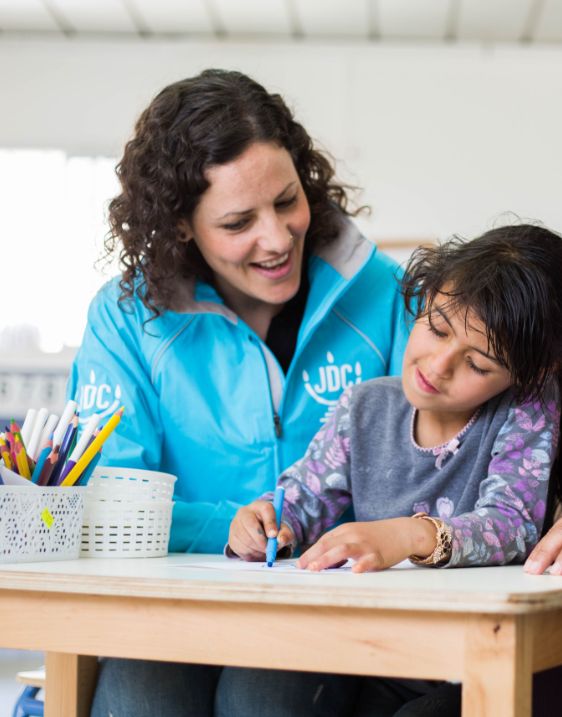 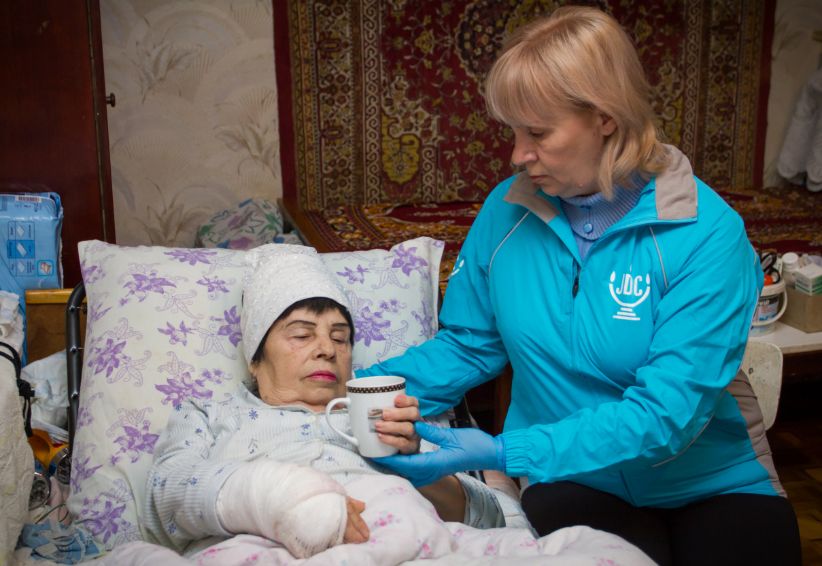 Don't miss out — add us to your calendar, and download special global recipes! 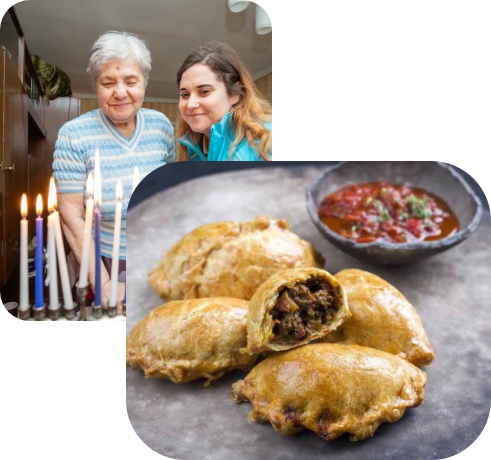